Years of working with and supporting young disabled people have given Chris Greenhalgh a unique and detailed insight into how life as a wheelchair user has changed since he was younger.

Some of his valuable work has included helping young people with work placements, showing them that they can aspire to something greater and acting as a role model for them just by being himself!

Chris lets us know how easy it is to be an ally to wheelchair users.

Normalising disabled people in job roles, helping to make spaces more accessible and asking disabled people themselves how you can help instead of assuming what they want, are just a few things we can all do to help create a more equal and inclusive society.

Accessibility and Attitudes - Listen to a clip here

"If somebody won’t make their offices or their workplace fully accessible physically, then how are you going to progress there?”

Ask wheelchair users about architecture - Listen to a clip here

“I see it with things like football stadiums. There’s some beautiful, amazing stadiums but then there’s poor design things in there that could’ve been really easily solved by just asking someone who would use those facilities what would make it better for them.

"...I travelled hours to get there for a football game to watch my team and the second the ball crossed the halfway line and someone in front of you stood up, you couldn’t see anything.”

Travelling and holidays abroad - Listen to a clip here

“He put the ramp out, I get on the bus, the ramp then doesn’t want to come back in.

"So we’re sat for 20 minutes at this bus stop with other passengers looking at me being like, 'look what you’ve caused'… The driver ends up setting down the street with this ramp still hanging out…

“In the past I’ve been known to go to the same hotel for, well, one of them I went five years on the trot just because I knew that it was accessible…

"The first time I got there, actually, it wasn’t accessible […] It was fully ramped by the time I didn’t go there anymore.” 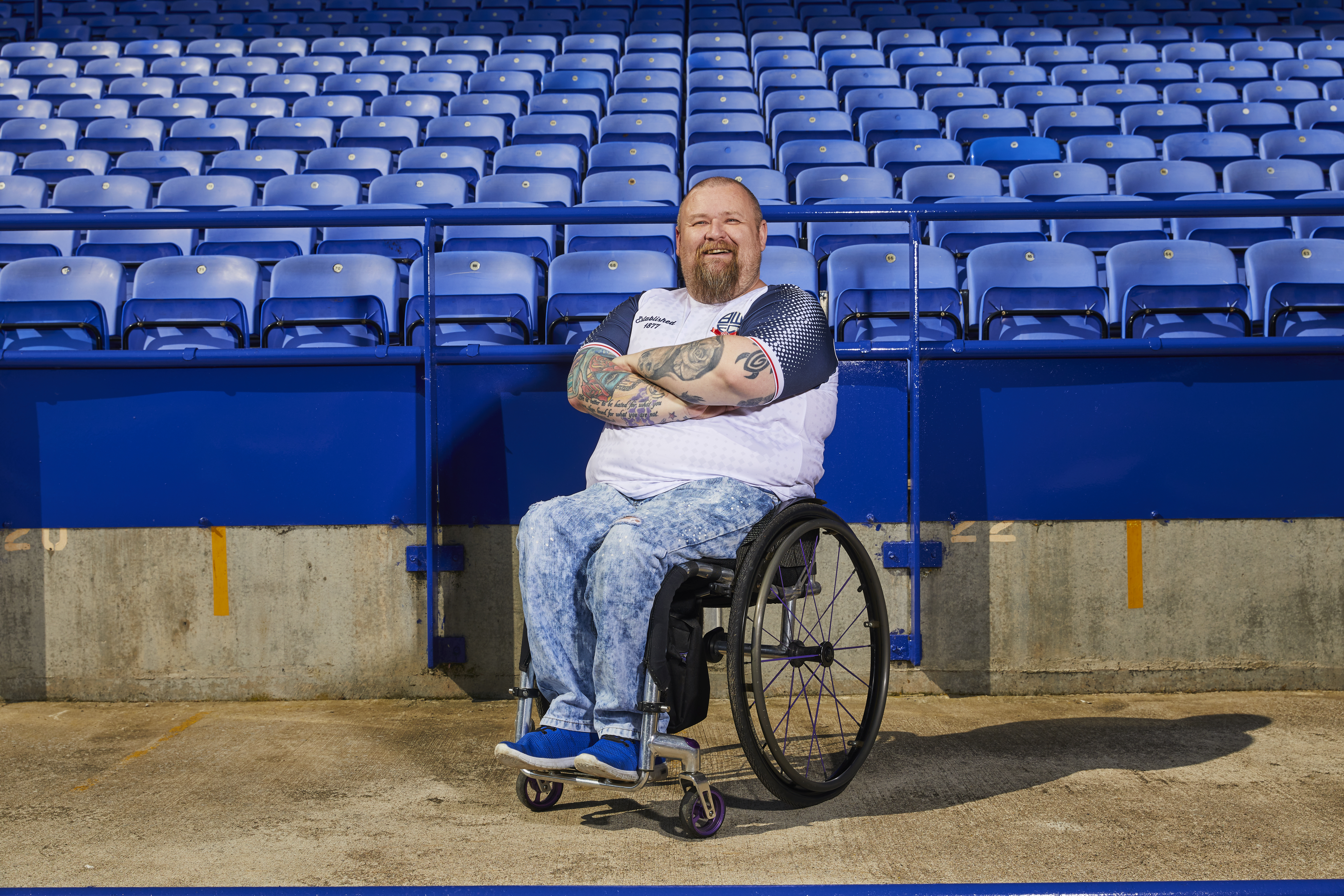 “Ironically, it was never other people with a disability saying you don’t need to worry about going to work. It was other people. And, actually, the people I spoke to that had disabilities were like, 'well, I do'.

"If people are seen with disabilities doing stuff, then actually, it becomes the norm rather than a difference.”

"For a lot of people, you just want to have, kind of, a standard life…You want to have a job and a house, a family and a dog and your car...”

“There was a stat that was something like, if a kid had a disability they were something like 80% less likely to get a work placement or to do work experience than a peer at school.

Workshops in schools - Listen to a clip here

“Some of my favourite sessions have been getting, you know, like you say, able-bodied people into chairs for the first time…

"Disability’s not something to be scared of or to run away from, it’s something that actually makes people very unique…”