For CBBC Newsround presenter Martin Dougan, growing up in a close-knit council estate in Glasgow meant he never saw himself as having a disability.

Martin describes how his family and friends treated him the same as anybody else, resulting in him not associating himself with disability until he started school, where he experienced some “preconceived ideas” about his intelligence.

In his ’30 Stories’ interview, the TV presenter also describes the liberation of playing wheelchair basketball for the first time, why getting the right wheelchair made him feel like Superman, and even reveals he once stole a wheelchair! On growing up - Listen to a clip here

“For me when I was younger, you know even though I was born with a disability, I was treated so well in the council estate thus far growing up that I never saw my disability because I grew up with, you know, cousins and family members and we had a big family like every Glasgow family does really…

"So, in my mind, I never realised that people were treating me different because of how I looked or because of what their preconceived ideas about what my intelligence was.”

On getting the right wheelchair - Listen to a clip here

“The old wheelchair felt like I was stuck in the Batman suit, like I couldn’t turn my head. But this one feels like, you know, that I’m Superman.

"In a sense, I can literally move mountains…So that was the analogy that I used to Jason at the time and he was like ‘wow man, that’s so cool’…

"So, that’s how it made me feel really, as if it was time to move on to the next level, sort of thing, and start doing what I can do best.”

"Do you know what I mean, like flowing, they were crashing into each other, somebody was hitting shots from like 20 foot away…Just like no fear, no problem.

"Like, it was liberating really, when you think about it.

"…I wasn’t what you’d call the popular boy in school but I wasn’t unpopular so I was able just to sort of fly under the radar and just kind of play basketball whenever I get the chance and sort of keep my head down… once I started playing basketball that’s all I cared about.” 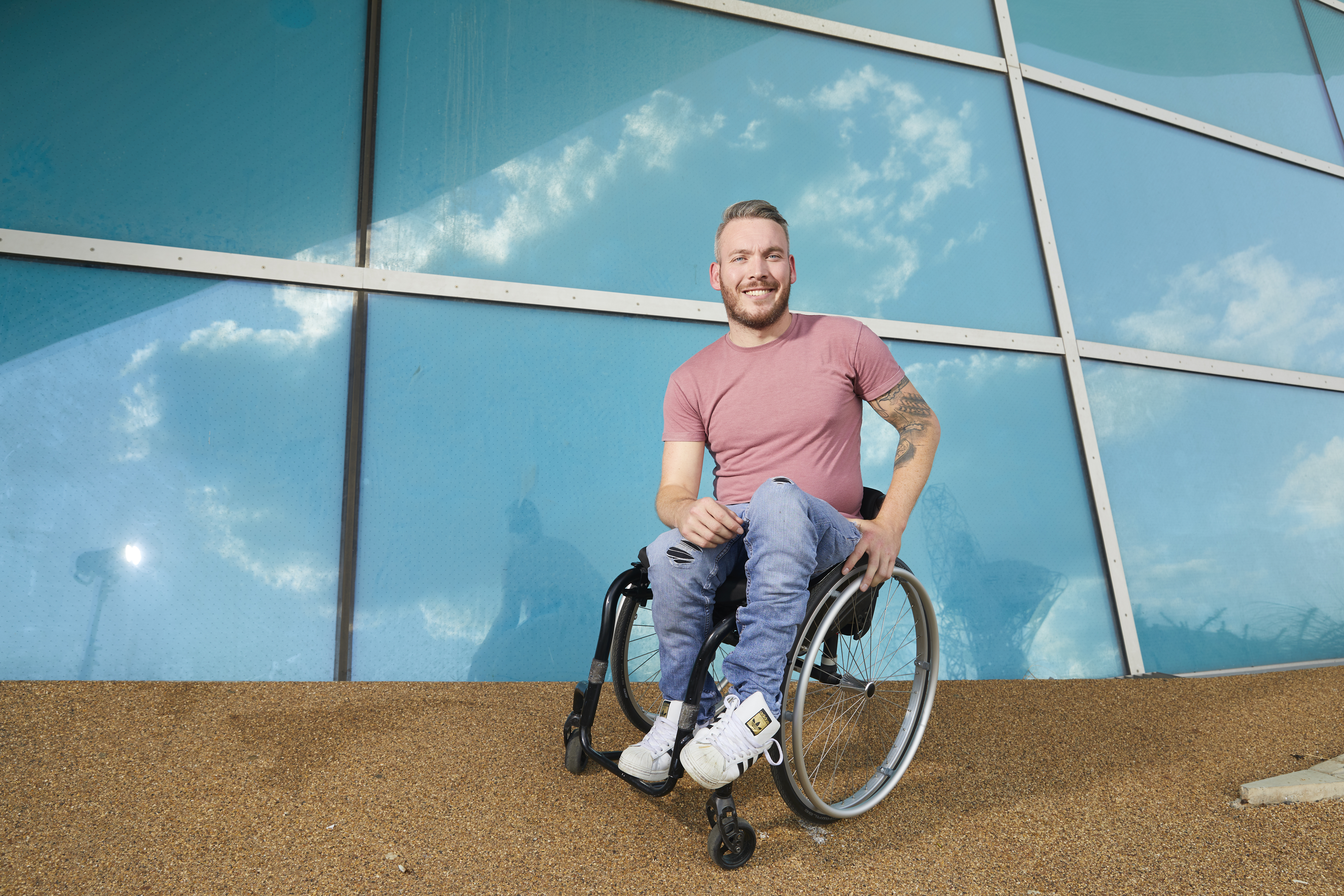 On the 2012 London Paralympics - Listen to a clip here

“I remember… sitting on the DLR line in London, going to the stadium and there was these two little boys sat in front of me and they were like, ‘oh do you remember, did you see that guy Richard Whitehead yesterday? That guy running?’. And the kid went ‘yeah’, and he like imitated Richard Whitehead’s run.

"For me, that was kind of like a lightbulb moment, where an able-bodied kid was talking to his mate in awe about a Paralympic athlete.

"And he’s copied his run like he was a hero, like he was a legend. He copied something of a disability sense that showed him how cool he was.

"So for me it was about the next step. So my mindset had switched to being… I want people to know, kids, adults, everybody, to know that you don’t need to be an athlete to be considered to be cool when you’ve got a disability. How can I do this now?”

On media representation - Listen to a clip here

“The problem is that the majority of them won’t change, no matter whether it’s something to do with your ethnic background, whether it’s disability or diversity as a whole…

"That’s my frustration every day with the media. Because, it’s almost like a box-ticking exercise for these companies and corporations and individuals, and then it’s never humanised.”