To mark our 30th anniversary, we’re releasing 30 stories from wheelchair users across our history. This ambitious and historic project will result in stories being archived as part of the The British Library Sound Archives ensuring that the life experiences of wheelchair users today are captured forever.

Touching on a wide variety of subjects from being interviewed by Channel 4 news during the 2012 Olympics to the role of charities in social work, former Kidz Board Chair, George shares his story.

Here are some insightful quotes from his interview:

“I’ve done everything from speaking at a boot sale and running around a boot sale to speaking in the House of Commons and speaking at 10 Downing Street and everything in-between. That was my job. I saw it as my job. Whizz-Kidz treated me like an adult even when I was 12, 13, 14. They wanted me to have responsibility and accountability and they took what I had to say seriously.”

“I wouldn’t have a fascination for health and social care if it weren’t for the relentless work that Whizz-Kidz did to make services better.”

And finally, his words of wisdom to his younger self?

“Recognise your own talents. Be strong…Continue to say yes to everything. Yes is a much more positive impact than no. If you say no to everything, nothing ever changes. But you can’t also be loved by everybody. You can’t always say yes to everybody...There are always going to be people that think you’re wrong, or believe you’re misguided in some sense. The trick is to listen to them, but understand the objective, motivation, behind what you’re doing and the actions that you do. As long as you believe in the integrity of those motivations, then nothing should stop you.”

Listen to more interviews from the 30 Stories project

This ’30 Years, 30 Stories’ project' is Supported by The National Lottery Heritage Fund 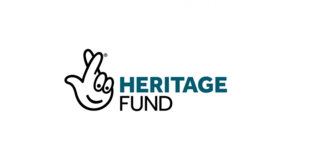