Sam is one of the young people at the age where he will soon leave Whizz‐Kidz.

Although always sad to see a young person we work with "age out", Sam is taking the first steps into a bright future of a brand new "dream job"!

Sam has cerebral palsy and although he has high muscle tension in all four limbs, allowing him to use tripod sticks to get around his flat, he needs a powered wheelchair for anything of a longer distance.

He says: "If I just had the manual chair, I would have been confined to my flat. The mobility of the power chair is immeasurable." 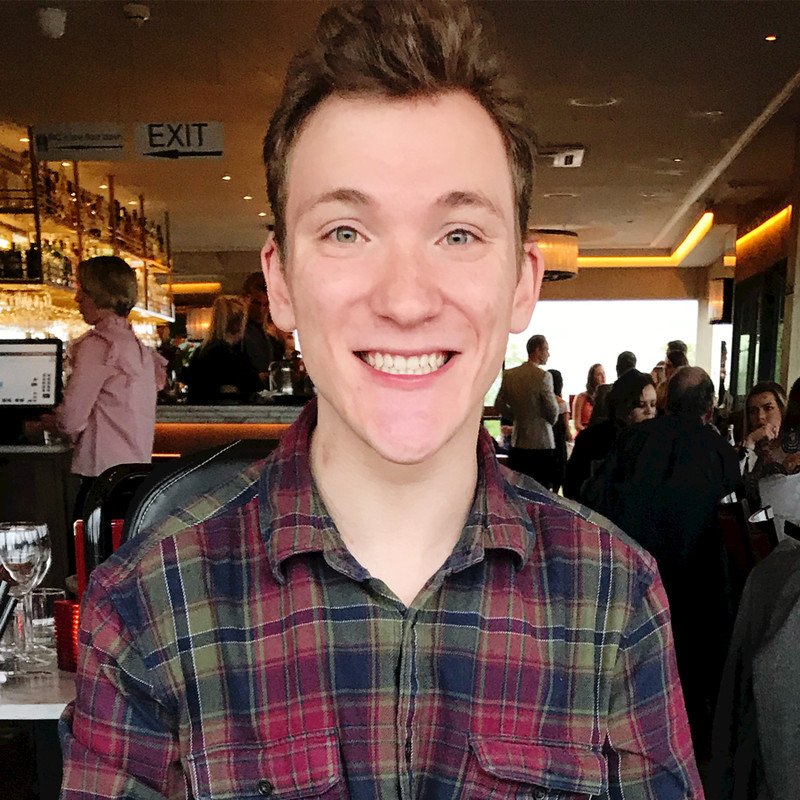 Sam's journey with Whizz‐Kidz started with his first powered chair.

"I was lucky in the fact I got my first wheelchair very early on," Sam recalls.

"I remember my first days at school, I had a walking frame. I remember being fairly insistent that I walk into school with my head held high.

"In hindsight, I was probably battling through it. It took me a long time to accept the wheelchair, as in to accept the help that it could provide".

Sam has done many different things with Whizz‐Kidz since receiving his first chair 20 years ago. 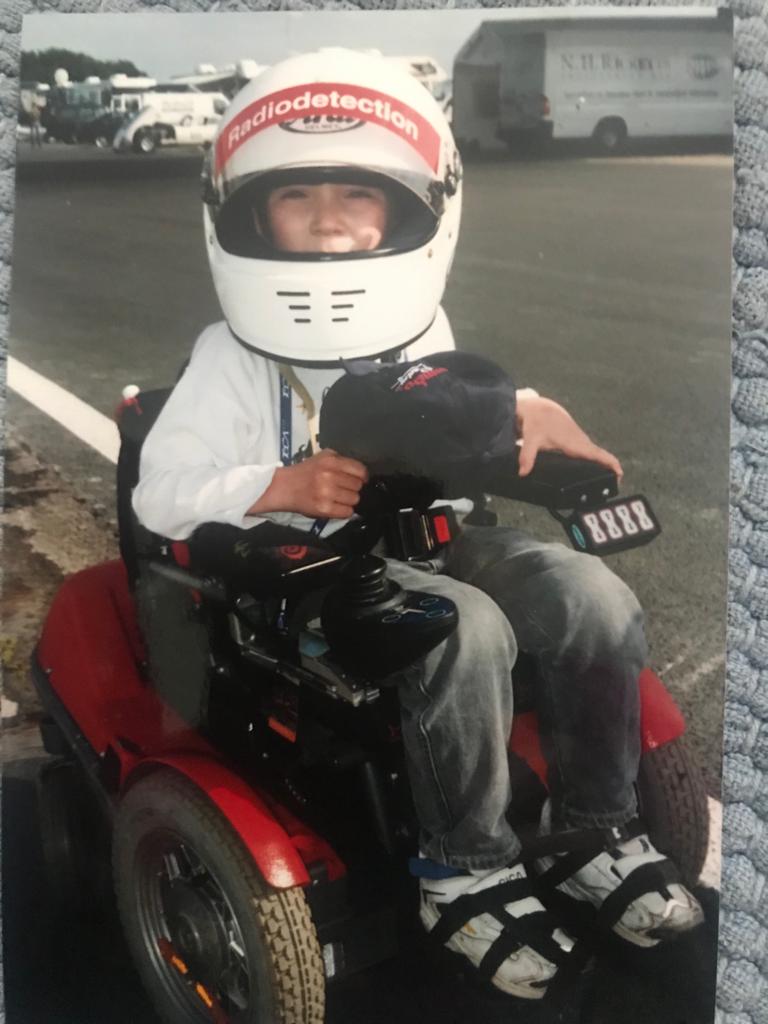 "I can remember taking part in fundraising activities, and I gave a speech at a charity shooting day. I have done work placements and employability skills [days]."

Sam is now poised to start his new job at EY and reflected on work placements at Whizz‐Kidz...

"Work and access to that is a scary place. My first work placement was at Jardine motors. I
remember getting into a posh car, in an oversized suit, to do a job I wasn't sure about when I was in year 10."

He says: "In my first year of uni when I was 18… shadowing some individuals at a law firm in London.

"[This] led me into law at uni and to look into that as a career path for a while. The fact that I can remember it shows how much of an impact this had on me."

However, Sam made a momentous decision once he had left university, which he ascribes to one moment in the summer before his third year of a law degree when he did a work placement at EY.

He says: "It was an impactful moment in my life, both professionally and personally.

"I had a breakfast event, with some individuals from EY, and I thought, wow, I'm on this podium surrounded by aspirational individuals, but people are also asking me questions."

Sam says that this made him realise "you can have valuable words, just sharing your experience, and this helped how I viewed diversity and inclusion". 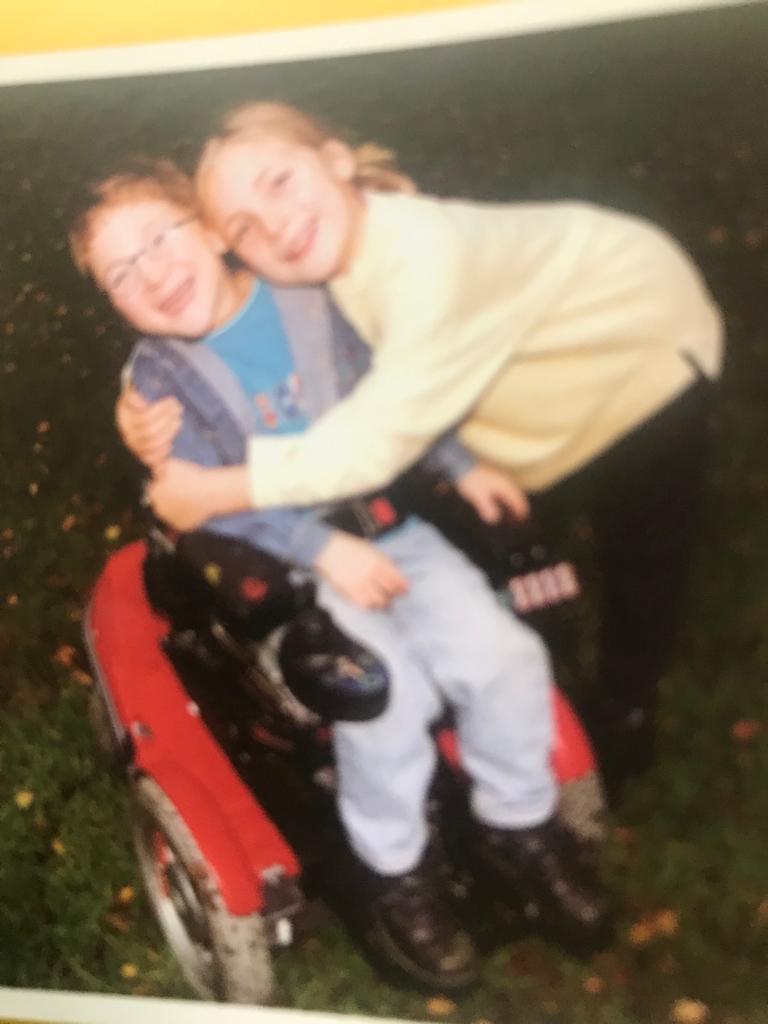 Sam says: "It was great to see how companies like EY work with Whizz‐Kidz and seeing people embracing that, as it feels that there sometimes a lot of 'lip service'.

Sam decided that he did not want to pursue a career in law, explaining that "It was a big decision, to change 'tack', especially after five years of education in one route."

Sam felt that "having people at WK was helpful, it was great to have a shoulder to lean on", and that he thought it was good to have someone he could tell "I am at a crossroads, and I need some advice".

We discussed that Sam reconnect with the team at EY through the Work Placement scheme
at Whizz‐Kidz, but despite saying a work placement would be "wonderful", what Sam really wanted was a job.

Sam speaks about how he felt that "without Whizz‐Kidz there to support and connect" him, he would not have been in the position to know the right contacts to help him secure his "dream" job at EY.

You can't put a price on what Whizz‐Kidz do

Looking back over his journey, from "zooming" around a playground to going into this job, Sam says: "I don't think as a child I had appreciated how complex a disability is.

"It was all about going to the hospital, not about the impact things like social circles or job prospects.

"I think that is what Whizz‐Kidz helps with, the impact of not only equipment but also connecting to job prospects or connecting you to people that have been through something similar.

"You can't put a price on what Whizz‐Kidz do."

Click here to find out more about Work Placement opportunities through Whizz-Kidz.